Study Finds CBD Does Not Protect Against Adverse Effects of Cannabis

Researchers from King’s College London have recently put to the test the widely held belief that higher levels of cannabidiol (CBD) in cannabis can protect users from negative effects such as psychotic experiences and memory problems. 46 healthy volunteers took part in a randomized, double-blind trial in which they inhaled cannabis vapor containing 10mg of THC and varying levels of CBD (0mg, 10mg, 20mg, or 30mg). They then completed a series of tests, questionnaires, and interviews, to assess the effect on their cognitive abilities, psychotic symptoms, and how pleasurable the drug experience was.

Surprisingly, the results showed that increasing the CBD dose did not significantly affect the adverse effects of THC. This challenges the idea that higher CBD can act as a shield against the harmful effects of cannabis, and suggests that such considerations should be taken into account by those in charge of medicinal and recreational cannabis regulations. A new study from King’s College London has found no evidence that cannabidiol (CBD) reduces the potential negative effects of cannabis – a finding that goes against the commonly held belief.

The research, published in Neuropsychopharmacology, involved 46 healthy volunteers who inhaled cannabis vapor containing varying levels of THC and CBD, then completed a series of tasks and interviews to measure the drug’s effect on their cognitive abilities, psychotic symptoms, and pleasure.

Interestingly, the same research team previously found that taking a high dose of CBD in a capsule before using cannabis may reduce adverse effects of THC – but this study, exploring the effect of altering the CBD: THC ratio in cannabis, found no significant change when increasing the dose of CBD.

It looks like these new findings don’t line up with what we’ve seen previously. In the past, studies have suggested that consuming cannabis with higher levels of CBD or equal amounts of THC and CBD could help balance out some of the negative effects of THC, such as anxiety and paranoia.

It was just last month that Cannabis Health reported on a clinical trial in the Netherlands, where researchers investigated the effects of taking a single dose of vaporized cannabis that contained either high amounts of THC, high CBD, a balance of THC and CBD, or none at all.

Hutten and his colleagues looked at the perceived anxiety levels of 26 participants who inhaled cannabis that was either high in THC (13.75 mg), high in CBD (13.75 mg), contained equal amounts of both, or had no cannabinoids.

The researchers said: “Combining THC and CBD delayed the onset of… anxiety, reduced its magnitude, and shortened its duration compared to inhalation of THC alone.”

What both studies show is that a high THC content doesn’t always make for a better experience. In fact, Dr Ethan Russo and colleagues found that aroma was more important than THC potency when it comes to having a positive experience with inhaled cannabis flower. Interestingly, it seemed that those who consumed smaller amounts of cannabis actually reported a greater appeal. The authors concluded that impairment and enjoyment are not necessarily linked – meaning high THC cannabis may make you feel high, but it doesn’t always mean you’ll enjoy it. 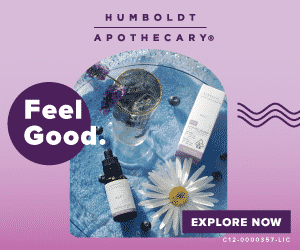 Who Is Responsible for Marijuana Product Safety?